This morning, the email deluge included a notice that yet another drug carried a potential risk of cancer.

If everything goes according to the usual script, by the end of the week, I expect to see headlines blaring “X Raises Cancer Risk!”

I’m not mentioning the drug in this case because (1) you probably aren’t taking it and (2) it’s the principle that counts. The principle of balancing risk and reward, that is.

Every decision you make carries a risk as well as a reward. Especially the choices that affect your health. You know that the next candy bar you eat won’t make your waist swell 5” immediately or bring on diabetes within 24 hours. But you also know that a pattern of eating lots of candy bars could accomplish both results. Most of us take the route of indulging in the occasional treat, but not making it a daily habit. It’s a reasonable balance.

You are used to handling such choices because you have an innate feel for how much risk is the proper balance for a given reward. Eating a candy bar is one thing, dashing between cars traveling 80 mph to grab a dollar bill on the highway is quite a different thing. You can make those decisions easily and competently.

The trouble comes with news releases like the one that landed in my inbox this morning. Cancer is a disease so frightening, we are apt to shun anything new that might lead to it. But in this case, the research only showed some correlation—people taking the drug had somewhat higher cancer rates. There was no controlled research trial that made the association clear and certain. What’s more, there was no causal link—if researchers can’t figure out the mechanism that causes something, the relationship is dubious. The famous case of the rooster who believed he made the sun come up every time he crowed is a good example.

In addition to those vagaries, the drug in question was for obesity and was only given to people with a BMI (body mass index) over 30. Because of their weight, those patients were already at high risk for heart disease, stroke, diabetes, osteoarthritis, sleep apnea, breathing problems, gallbladder disease, gout, and –here’s the clinker—cancer, as well.

This is why reading such articles should not make us panic. But they should make us think.

The language drug companies and the media use can be confusing as well. If we are told that taking X cuts the risk of a certain disease by 50%, that seems huge. But if only two people in every 100 get the disease, it would mean that the rate falls to one per 100. That is called “relative risk.” It typically makes things sound bigger than they are.

“Absolute risk” is more informative. It takes those same numbers and reports the drug decreases the risk of the disease by 1%- an absolute drop from 2% to 1%. This same idea can be stated as “numbers needed to treat” (NNT). In this case, the drug needs to be given to 100 people to save one person from getting the disease.

When you have to confront risk and reward, your doctor can be your best friend in evaluating it where you stand realistically and what the wisest course might be.

It also helps to remember that everything has risk—including the risk of carrying on as usual and NOT taking a drug or undergoing treatment. 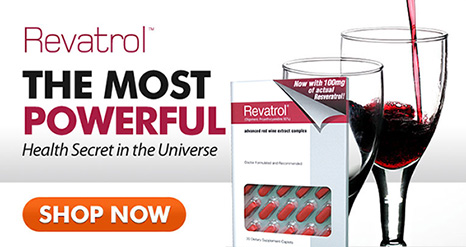