On November 13, 2017, more than 39 million people woke up with high blood pressure.  They had normal BP the day before.

But the American College of Cardiology had just lowered the guideline numbers so that anything from 130 over 80 or higher counted as hypertension.

In the past, most doctors believed the diastolic (lower) number was the most important.  That would make the US-European difference of 80 versus 90 seem drastic. It’s a 12% leap, which is a lot of change for that number.

New research shows that traditional wisdom on the matter was wrong. The systolic (upper) number matters a lot. As much as the lower number, and maybe even more for some of us, especially as we get older.

The new American guidelines are based on the SPRINT study begun in 2010 to find out how blood pressure related to future health.  The acronym stands for the Systolic (Blood) Pressure Intervention Trial, which enrolled 9,361 adults over age 50 who had systolic BP readings of 130 or higher.

To follow the logic of treating for the upper number, think about how blood pressure is calculated. The upper reading measures blood pressure at the point when your heart is active, squeezing out blood to the arteries. The lower number measures the pressure when it is between pulses.

SPRINT researchers wanted to know if lowering the pressure when your heart was working would improve future health. They found it did. Lowering systolic blood pressure to 120 brought a 25% reduction in the rates of complications like strokes and heart disease in people who had high blood pressure and at least one more risk factor—such as being overweight.

There’s another notable change in the new BP guidelines as a result of SPRINT. High BP occurs at a systolic reading of 130 or higher—regardless of the diastolic reading.

In the past, doctors have often overlooked slight increases in systolic pressure because the “important” diastolic number was low.

If you have a normal diastolic rate, under 80, but a high systolic reading, the condition is called “isolated systolic hypertension” (ISH). People with ISH have a higher risk of cardiac problems and strokes ahead. The SPRINT study has confirmed this risk.

That’s a wake-up call, but it also carries good news. First, it is most likely to develop with aging. At one time, doctors told their patients that their upper reading should be “100 plus their age.” Rising blood pressures as you grow older are so normal that they were once regarded as fairly benign. We now know that attitude was wrong. Rising blood pressures may be common, but they are a warning to do something.

The second good thing about ISH is that it is amenable to treatment. Your doctor may want you on a blood pressure medicine. On the other hand, for many people, a change of habit can do the job. ISH is promoted by being overweight, drinking too much alcohol, smoking, and diabetes. Those are conditions that can be addressed. On the other hand, men and African Americans are also more likely to develop ISH.

Do you have ISH? It is diagnosed after taking two or more readings that average to a number over 140. The readings need to be taken on different days.

And third, relax. This is actually the most common form of hypertension. It responds to blood pressure drugs the same as any other form.

Lately, I have been researching new studies of natural products and came across some interesting developments that you might like to try if you are concerned about hypertension.

With your doctor’s knowledge! If you are in the low stages of hypertension, or pre-hypertensive, you may be able to stave off advancing to the red zone. But if your doctor has already put you on a drug regime, you need to coordinate to be sure you do not send your BP too low. That can happen with pharmaceutical drugs by themselves, of course, and the doctor needs to know what is going on.

So if the seemingly constant news of blood pressure medicine tainting and recalls has you worried, you are catching your problem early, and you’ve okayed it with your doctor, you may want to try one of these natural remedies:

Pomegranate Juice: Has been shown to lower both systolic and diastolic blood pressure with regular consumption. The key is to drink real juice, not a pomegranate-flavored sweet drink. If this is your choice, one 8-ounce glass a day is plenty. As with many herbal treatments, it is gentle, and that it takes time to work. It may take a few weeks, but combine your juice with some weight reduction if needed and some regular activity like walking and it could surprise you.

Hawthorn:  Is a longstanding herbal that has been used to treat heart disease since ancient times. One of the particularly beneficial things about this herb is that it seems to have a limited action. It reduced blood pressure successfully in clinical trials, but it did not send anyone’s BP too low. Once again, this is a gentle approach and may take 4-8 weeks to work. It has added benefits as well. Hawthorn has also been shown to combat inflammation and to help protect you from atherosclerosis, damage to the endothelial lining of your arteries, and strokes caused by blood platelets clumping together. 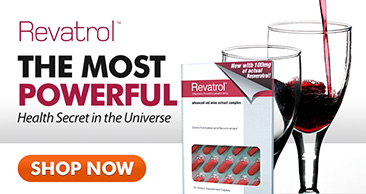