But even though the amount of sleep that is good for you remains the same over the years, how you sleep will probably change. Especially unexpected, your sleep window may shift.

As you get older, there is a strong tendency to wake up earlier. There is also a tendency to feel like going to bed earlier. If you shift both ends of your sleep time, everything should be fine.

That’s not what most of us do, though. We may ignore that urge to hit the sack early and try to stay awake longer. There’s even a sense of embarrassment about retiring at 10 o’clock or earlier when you used to party strong to midnight on workdays and later than that on the weekends.  Then we wake up earlier, nonetheless.

That bad habit is probably where the myth that older people need less sleep than young people originated. And if a person stayed up late but woke up early and felt tired all the time—well, that just seemed like a normal side effect of aging, not necessarily a sleep deficit.

We also tend to sleep more lightly in later years. Some people need to get up and go to the bathroom as well. That brings a new problem to the sleep picture. It’s not always easy to get back to sleep.

Another reason you might get poor quality sleep in later years is that you could be taking medicines that disrupt your sleep. Beta-blockers for high blood pressure and antidepressants are often the culprits.

And finally, you may not get enough activity during the day to make your body long for a good night’s repose.

The standard advice for better sleep is exactly what most people do NOT do when the sleep shift hits them. If insomnia or poor quality sleep has sneaked up on you, one of the first tactics to adopt is sleep training. That means a regular schedule. Go to sleep and get up at the same time each day.

You can see the problem. If your new sleep window calls for a 9:30 bedtime and you usually sit up for Law and Order at 10-11 on Thursdays, you will have trouble keeping to a consistent schedule.

You can record a late episode and watch another time, but that’s a problem, too. It’s a new way of life, and changes like that are easier said than done. Changing your hours may even challenge your self-perception as a midnight gadfly. And besides, what if your addiction is something like MLB baseball? Who wants to watch yesterday’s game when today’s game is on?

There is one thing you can do… maybe a nap is in order. According to the National Sleep Foundation, an afternoon nap of at least 20-30 minutes, and ideally an hour, is good for helping older adults stay alert and perform well during the day.

You may not be able to stay up for Jimmy Kimmel, but you should be able to open your new sleep window just a little wider. 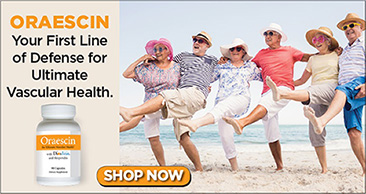