Baking soda is very safe, but you should not exceed 200-300 mg per kilo of weight (diluted in one liter of water). Avoid taking it right after eating, as it interferes with digestion. The body's response to high-intensity exercise remains an issue that causes concern in the scientific community, as well as among coaches and athletes. Physical activity of high intensity can be maintained for short periods of time due to muscle fatigue of the muscles involved in the exercise, which generates dysfunctions and discomfort that culminate with stopping the exercise.

The mechanisms that produce muscle fatigue after a series of exercises are poorly known and can be caused by a decrease in nerve conduction, a failure in the excitation-contraction sites or certain metabolic alterations such as the decrease in intramuscular phosphocreatine (PC). Or the increase in lactate and the decrease in pH (acidosis).

Muscle fatigue is manifested by a decrease in the ability to generate a powerful muscle contraction and is caused, in part, by a decrease in intramuscular pH, as well as by a series of disturbances in the electrolytes of muscle cells.

After performing high-intensity exercise is common the appearance of discomfort or muscle pain that in some cases can be severe. This muscle pain is known as ¨Delayed Onset Muscle Soreness¨ (DOMS), usually occurs eight hours after the completion of the exercise, with a peak of painful intensity between 24 hours and 48 hours after having completed the physical activity, this pain can extend from 7 to 10 days.

One of the main theories that explain the cause of DOMS suggests that the accumulation of lactic acid in muscle fibers resulting from intense physical exercise causes the necrosis or rupture of muscle fibers. Also, lactic acid decreases the contractile capacity of the muscles.

Intense muscular contraction is accompanied by an increase in the water content of the muscle distributed in the intracellular and extracellular spaces. This influx of water can modify the concentration of ions in both compartments. The result of these changes in the intracellular ion concentration motivated by intense physical exercise, causes an increase in the concentration of intracellular hydrogen ions, producing acidosis (decrease in ph). This acidosis influences muscle fatigue, affecting contractile function, calcium regulation, and muscle metabolism. On the other hand, because the metabolic demands of high-intensity exercise are predominantly covered by the anaerobic degradation of glucose, this process produces lactic acid, resulting in the consequent lowering of the pH of the muscles that are exercised. Muscular fatigue and DOMS are associated with a rapid increase in the production of metabolic acids. Tolerance to high-intensity exercise may be limited by the body's ability to buffer the decrease in intracellular (muscle) and extracellular (blood) pH. In short, maximum efforts produce an acid-base imbalance in the body. This imbalance is compensated by an intrinsic buffer system.

The acidity or alkalinity of a solution depends on the concentration of hydrogen ions (H +). If the concentration of hydrogen ions is increased, the solution becomes more acidic; if the concentration is decreased, it becomes more alkaline. The amount of ionized hydrogen (H +) in a solution is indicated by the pH (the lower the ph, the greater the amount of ionized hydrogen). A solution with a pH of 7 is neutral; an acid solution has a pH value of less than 7 and an alkaline solution has a pH value of greater than 7. In humans, extracellular fluid is usually mildly alkaline, with a pH of 7.35 to 7.45. If the pH rises more than this, there is a state of alkalosis; if the pH falls below this value, there is a state of acidosis. The body's normal metabolism continuously produces acid radicals. This production increases during the exercises of maximum intensity. There are defense mechanisms that prevent changes in the pH of body fluids, this function is carried out by the body's buffer systems, in addition to respiratory regulation and elimination of H + through urine.

By ingesting baking soda, an alkaline solution is created that helps cushion the level of acidity in the blood and muscles. As a result, lactic acid is extracted from the muscle cells, causing the pH of the muscles and blood to return to equilibrium. Also, taking baking soda before and during physical activity can help decrease the buildup of lactic acid and increase blood flow to the muscles. The baking soda is very safe, but you should not exceed the dose. Taking large amounts could produce unpleasant side effects. The appropriate dose is 200-300 mg per kilo of weight (diluted in one liter of water). Avoid taking it right after eating, as it interferes with digestion. 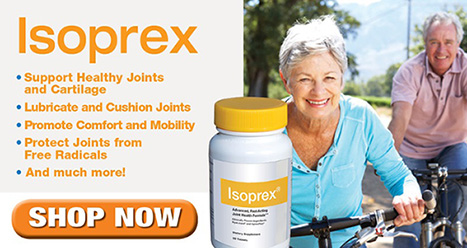